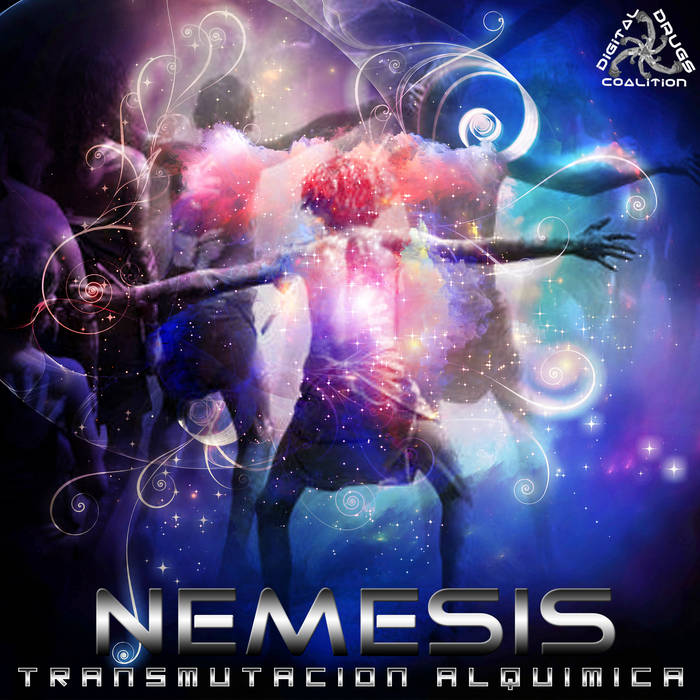 Digital Drugs Coalition welcomes Nemesis with his newest release, Transmutacion Alquimica, showcasing three bouncy, dance floor ready, wild forest and night style fullon psychedelic trance tracks. Riccardo Falsini aka Nemesis is currently one of the European Djs with more presence in the Mexican trance scene and has well established a bridge of cultural influences between his country of origin Italy and second home: Mexico. His first steps in music began in a rock band called The Villas new wave vocals, to continue later with his brother Franco Falsini (guitarist and bandleader for Sensations Fix) in the group The Antennas, who created a style of electronic rock. In 1989 the duo formed Open Spaces Band (New York City Limits Records, E.U..) And then found the label Interactive Test, purely electronic and organized between late 90's and 2000, every Friday The Lab event; deeply involved in the psychedelic trance scene through collective Orbital Tribe. This new crusade led to Nemesis in 2002 to record their first tracks: DJ Allucination and Pura Natura (Plusquam Records Germany) together with DJ Marco Press and in 2008 to record the track 72 Ore (Macky Mad House Records Italy), namesake of the festival for some years held in his native Florence. In 2015 he played on the main stage of Human Evolution Festival, We are light Festival and Black Moon Festival, confirmed their participation in 2016 as well as Dream Catcher Festival and the last three years has played at parties in Goa Gil in Italy for to name a few. Since 2008 Nemesis came to Mexico and settled in Zipolite, Oaxaca, where the project Call of Chaman was born, organized year after year beach parties now are not only famous in Mexico but was also due to the large influx of people from so many countries who have gathered in one of the most fascinating tropical dancefloor in the world. In November 2015 the new vinyl record titled Call of Chaman, made by musician Carlos Alvarado legendary Chac group Mool with Franco Falsini of the cult band, Italian Sensations Fix, with arrangements and remixes by Nemesis. Soon be ready with a new album.