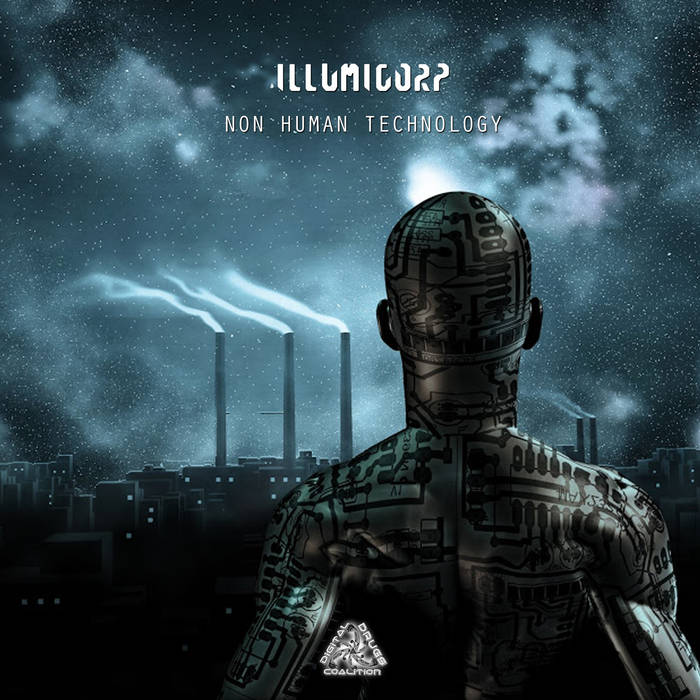 Digital Drugs Coalition proudly presents a killer new EP from Illumicorp project called Non-Human Technology! Vadim Mariev aka ILLUMICORP project. Has contracts with labels such as Multifrequency Rec/Metacortex Rec/Geomagnetic Rec/ Om Ganesh Pro Rec/ Sonic Tantra Rec/ Digital Drugs Coalition Rec/
Released 2 albums. Tracks from which were included in the TOP 100 psytrance, dark, high tech compilations 2018.2019.2020. Work is currently finishing on the 3rd album in the Dark Psy/Forest/PsyCore styles. The album is being worked on with such musicians as Gurgamesh, Aghori Tantrik, SonicMancer, Kinetik Flux, Tom Gotchi.
Vadim is one of the founders and organizer of the acclaimed series of private events ILLUMINATI PARTY. Since 2016, he has been actively involved in organizing events and promoting DarkPsy and Hi-tech trends.Vadim is constantly developing and is currently a student of the Ostankino higher school in the Department of sound engineering.
Each set is prepared individually for the event and is not repeated anywhere else. Likes to play live and b2b.